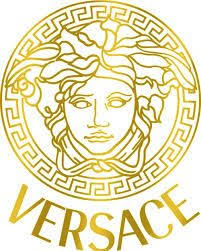 History and background of Versace. Gianni Versace was born in Reggio Calabria, Italy, on December 2, 1946. After an apprenticeship at his mother's dressmaking business, he began working as a freelance designer. At age 25, Versace was creating prêt-à-porter collections for top fashion houses of the time, including Genny, Complice and Callaghan.

. Also in 1982, Versace began work for Teatro della Scala, designing costumes for Veronesi's production of "Josephlegende". Gianni's engagement with the theater sparked a passion that would span his career. He was an ardent patron of the performing and visual arts and an esteemed member of the international artistic community. Versace's spectacular costumes were featured in stage events worldwide, among them Donizetti's "Don Pasquale" (1984) Bob Wilson's "Salome" (1987) and "Doktor Faust" (1989), and several Béjart ballets, including "Dionysos" (1984), "Leda and the Swan" (1987), "Malraux ou la Métamorphose des Dieux" (1986) and "Chaka Zulu" (1989). In 1985 Versace was awarded the "Maschera d'Argento" (Silver Mask) award for his contribution to the theater.

In 1988 the jury of the Cutty Sark Award named Versace "the most innovative and creative designer in the world." In 1993, the Council of Fashion Designers of America awarded the American Fashion Oscar to Versace, and he was honored by the Italian and French presidents.

1994 marked the opening of the Versace flagship boutique in the prestigious Kurfürstendamm, Berlin. In September, the "Versace Signatures" exhibition opened at the Kunstgewerbemuseum.

In 1995 the first Versus fashion show was held in New York. That year, Versace sponsored the Haute Couture exhibition at the Metropolitan Museum of Art, as well as Richard Avedon's "1944-1994," both of which met with great success.