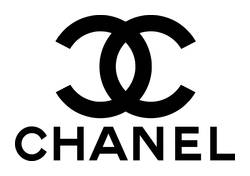 History and background of Chanel. From her first millinery shop, opened in 1912, to the 1920s, Gabrielle 'Coco' Chanel rose to become one of the premier fashion designers in Paris, France. Replacing the corset with comfort and casual elegance, her fashion themes included simple suits and dresses, women's trousers, costume jewelry, perfume and textiles.

She claimed a birthdate of 1893 and a birthplace of Auvergne; she was actually born in 1883 in Saumur - her mother worked in the poorhouse where Gabrielle was born, and died when Gabrielle was only six, leaving her father with five children whom he promptly abandoned to the care of relatives.

She adopted the name Coco during a brief career as a cafe and concert singers 1905-1908. First a mistress of a wealthy military officer then of an English industrialist, she drew on the resources of these patrons in setting up a millinery shop in Paris in 1910, expanding to Deauville and Biarritz. The two men also helped her find customers among women of society, and her simple hats became popular.

Soon she was expanding to couture, working in jersey, a first in the French fashion world. By the 1920s, her fashion house had expanded considerably, and her chemise set a fashion trend with its "little boy" look. Her relaxed fashions, short skirts, and casual look were in sharp contrast to the corset fashions popular in the previous decades. Chanel herself dressed in mannish clothes, and adapted these more comfortable fashions which other women also found liberating.

In 1922 Chanel introduced a perfume, Chanel No. 5, which became and remained popular, and remains a profitable product of Chanel's company. Pierre Wertheimer became her partner in the perfume business in 1924, and perhaps also her lover. Wertheimer owned 70% of the company; Coco Chanel received 10% and her friend Bader 20%. The Wertheimers continue to control the perfume company today.

Coco Chanel introduced her signature cardigan jacket in 1925 and signature "little black dress" in 1926. Most of her fashions had a staying power, and didn't change much from year to year -- or even generation to generation.

She briefly served as a nurse in World War I. Nazi occupation meant the fashion business in Paris was cut off for some years; Chanel's affair during World War II with a Nazi officer also resulted in some years of diminished popularity and an exile of sorts to Switzerland. In 1954 her comeback restored her to the first ranks of haute couture. Her natural, casual clothing including the Chanel suit once again caught the eye -- and purses -- of women. She introduced pea jackets and bell bottom pants for women. She was still working in 1971 when she died. Karl Lagerfeld has been chief designer of Chanel's fashion house since 1983.

In addition to her work with high fashion, she also designed stage costumes for such plays as Cocteau's Antigone (1923) and Oedipus Rex (1937) and film costumes for several movies, including Renoir's La Regle de Jeu. Katharine Hepburn starred in the 1969 Broadway musical Coco based on the life of Coco Chanel. FragranceX.com is an independent reseller of Chanel products. Chanel products are not discounted.